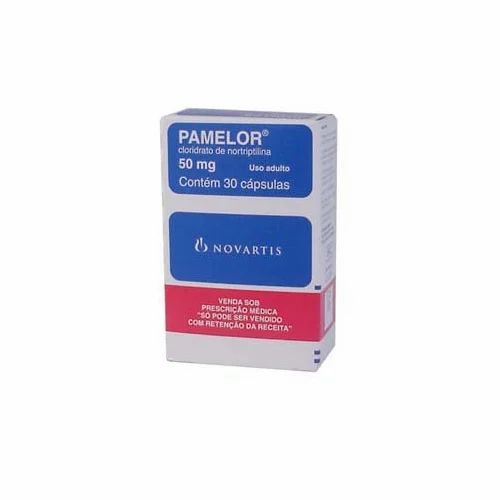 The interactions with MAOIs may be dangerous and end up fatal. A doctor may prescribe Pamelor only 2 weeks after discontinuing the treatment with MAOIs.

Beyond that, this antidepressant should not be taken by pregnant women and children. It has the potential for increased suicidal ideation in children and may harm the fetus while pregnant. Even though Pamelor is not known to pass into breast milk, it is not recommended for use in nursing mothers. Other modalities are available for all these patient groups.

Pamelor should not be prescribed to patients with heart disorders, as it may alter the heart rhythm. Do not take it if you recently have had a heart attack.

This antidepressant is contraindicated to individuals who have an allergy to its ingredients.

Do not take Pamelor for anxiety if you drive or operate heavy machinery, as it may cause drowsiness and blurred vision.

This medication requires prescription and caution, as it has the potential for abuse and dependence. Inform the doctor if you have had substance abuse disorder in medical history.

Overdose incidents have been reported when taking this medication with alcohol in large doses. If you believe you overdosed, seek emergency help immediately (call 911).

What Are Possible Side Effects of Pamelor?

Pamelor is most likely to cause side effects when adjusting the dosage without speaking to the doctor.

Pamelor side effects include:

This medication may also cause anxiety, especially when discontinuing the treatment.

The full list of side effects and their severity depends on the individual patient’s medical history and treatment protocol. If you decide that treatment with this prescription medication may be for you, you must speak with the doctor, as other modalities are available for anxiety treatment.